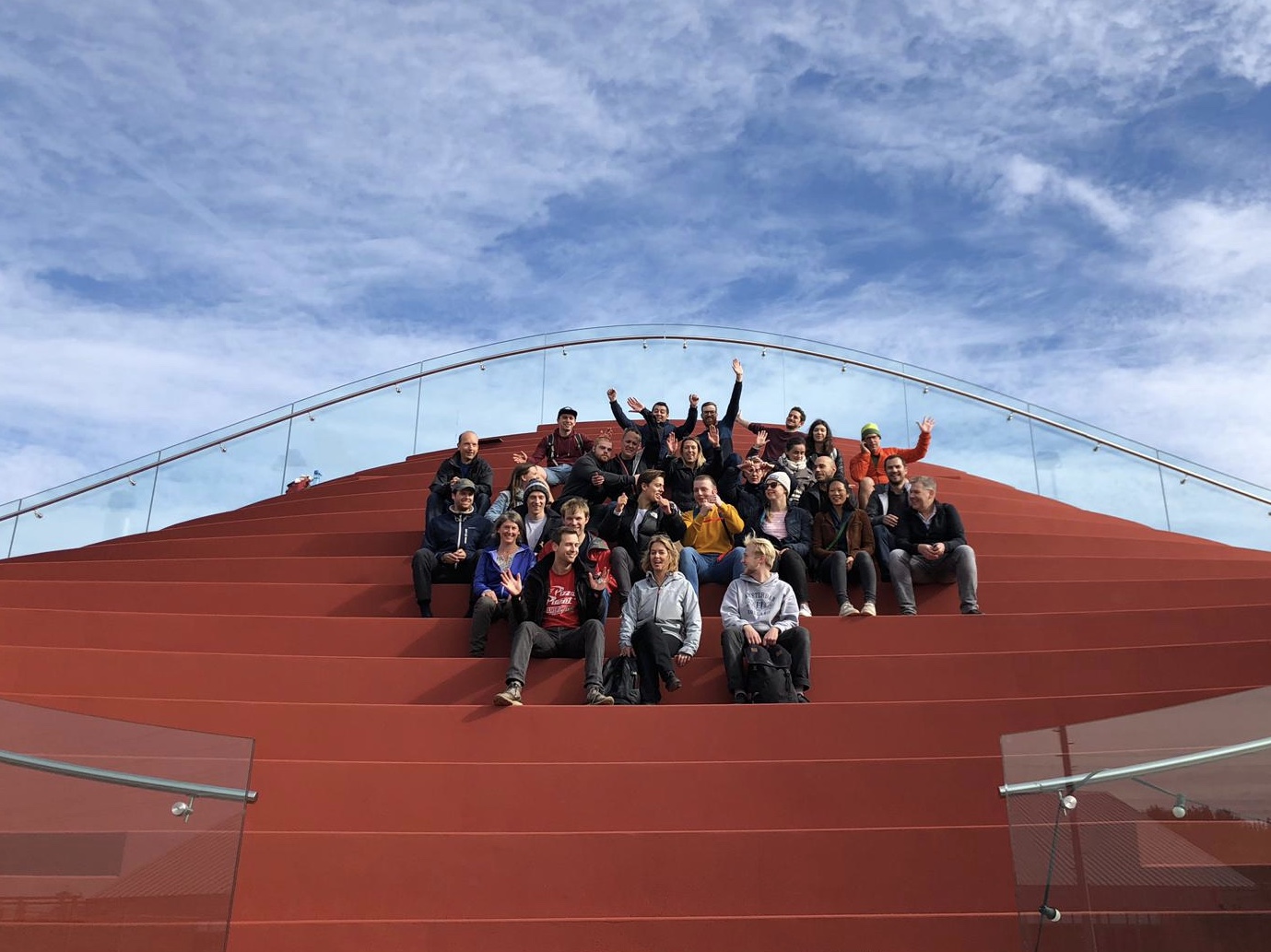 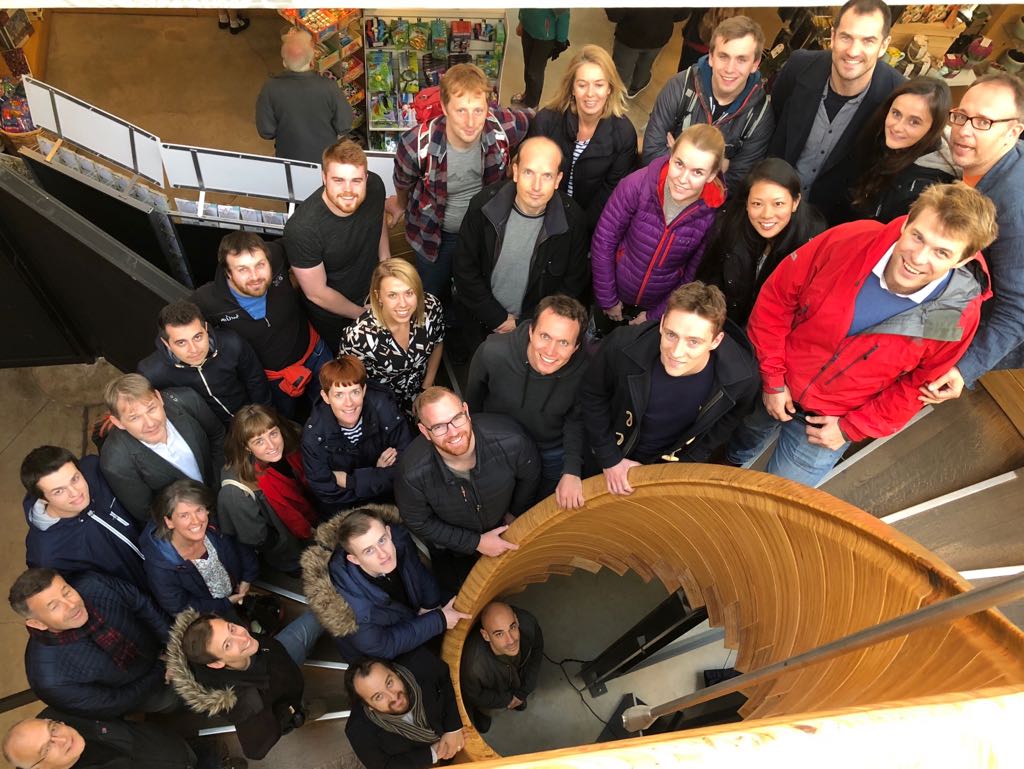 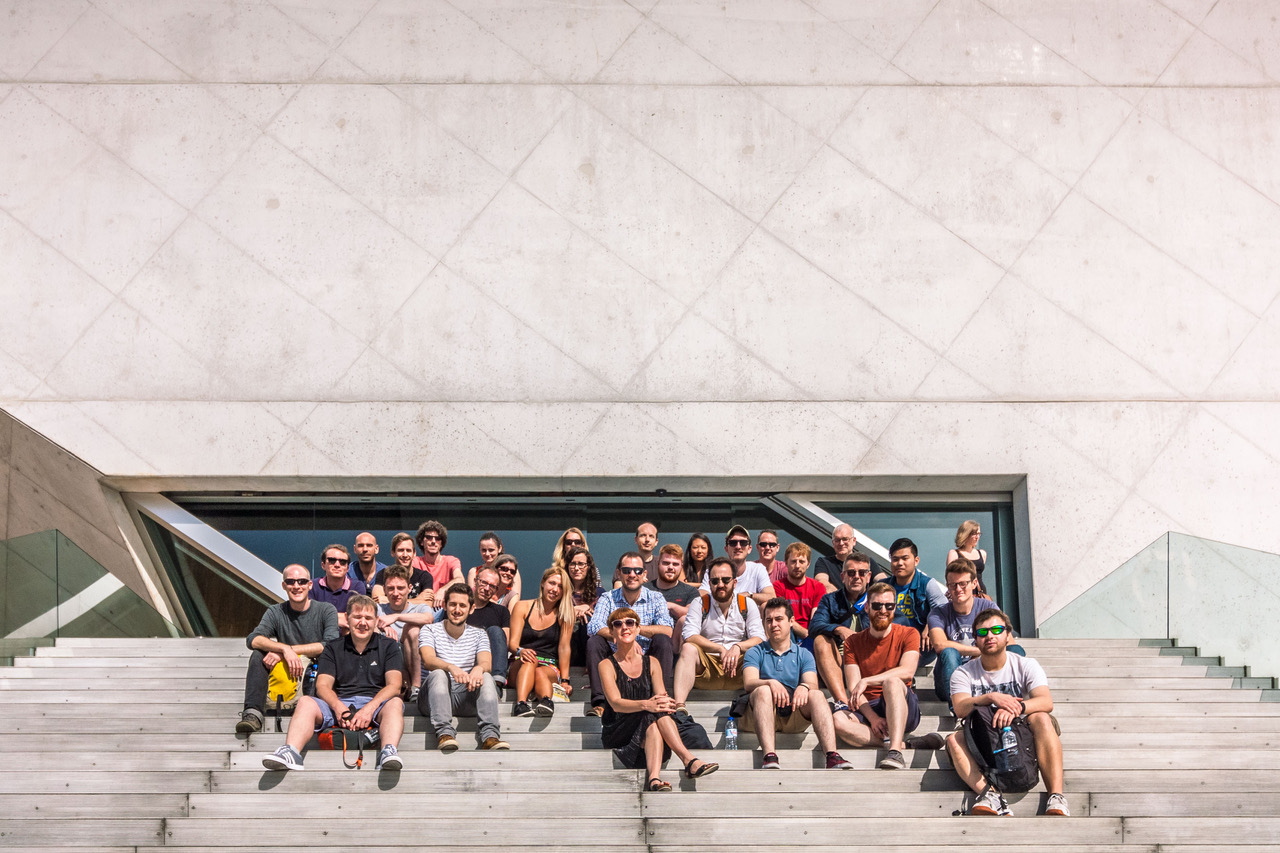 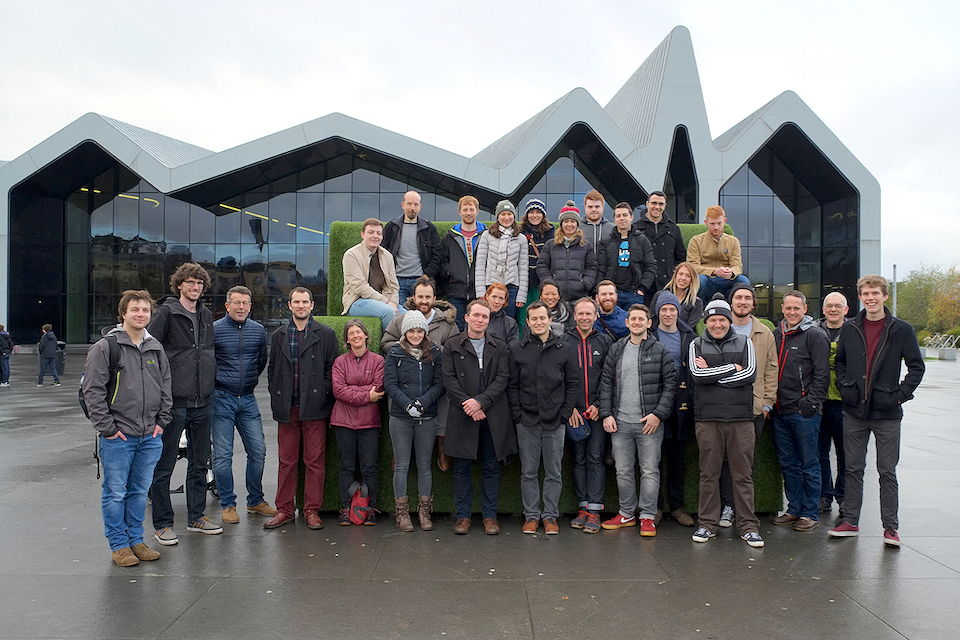 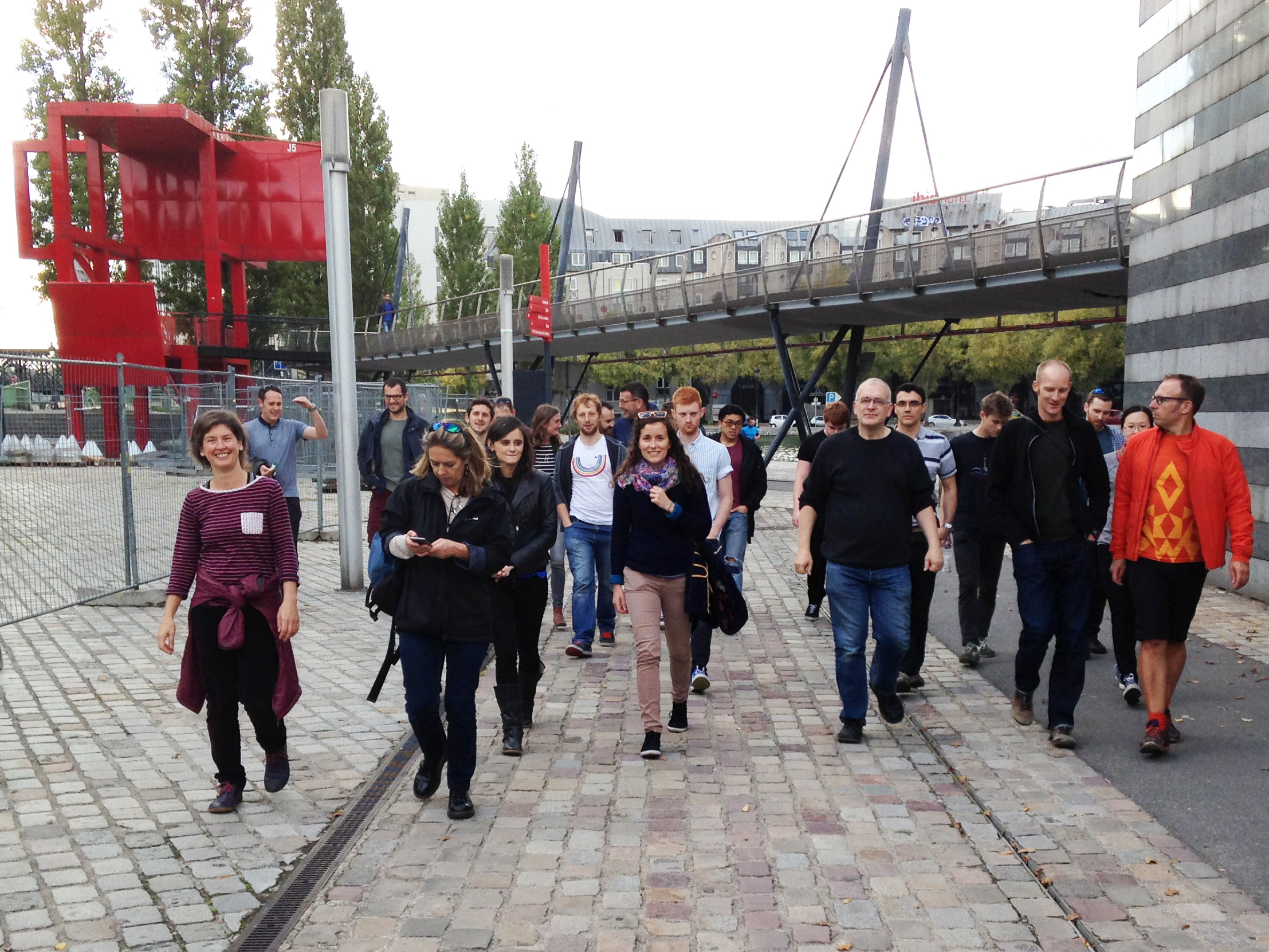 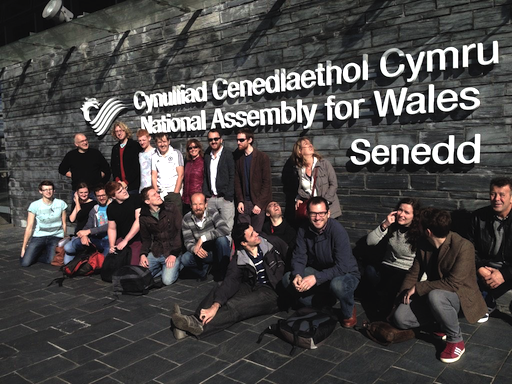 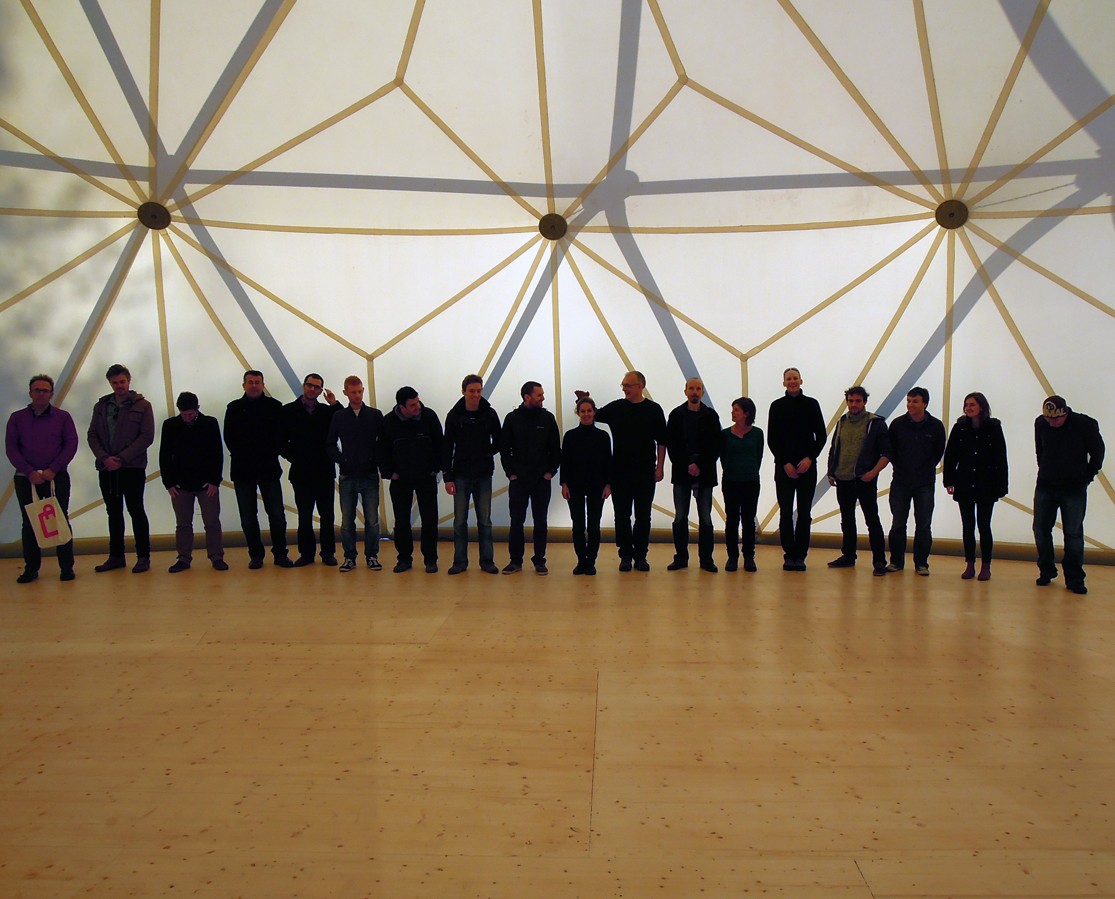 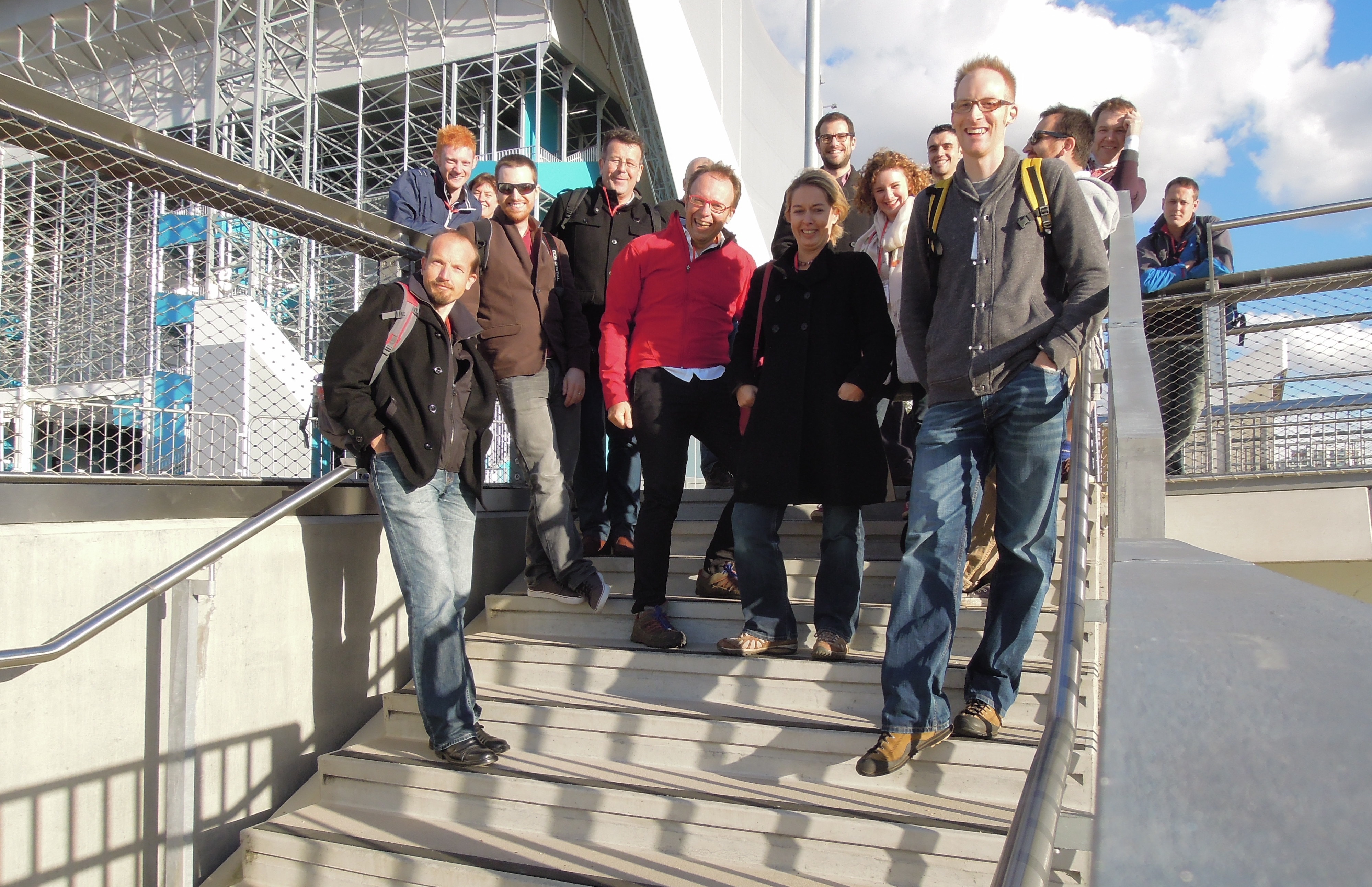 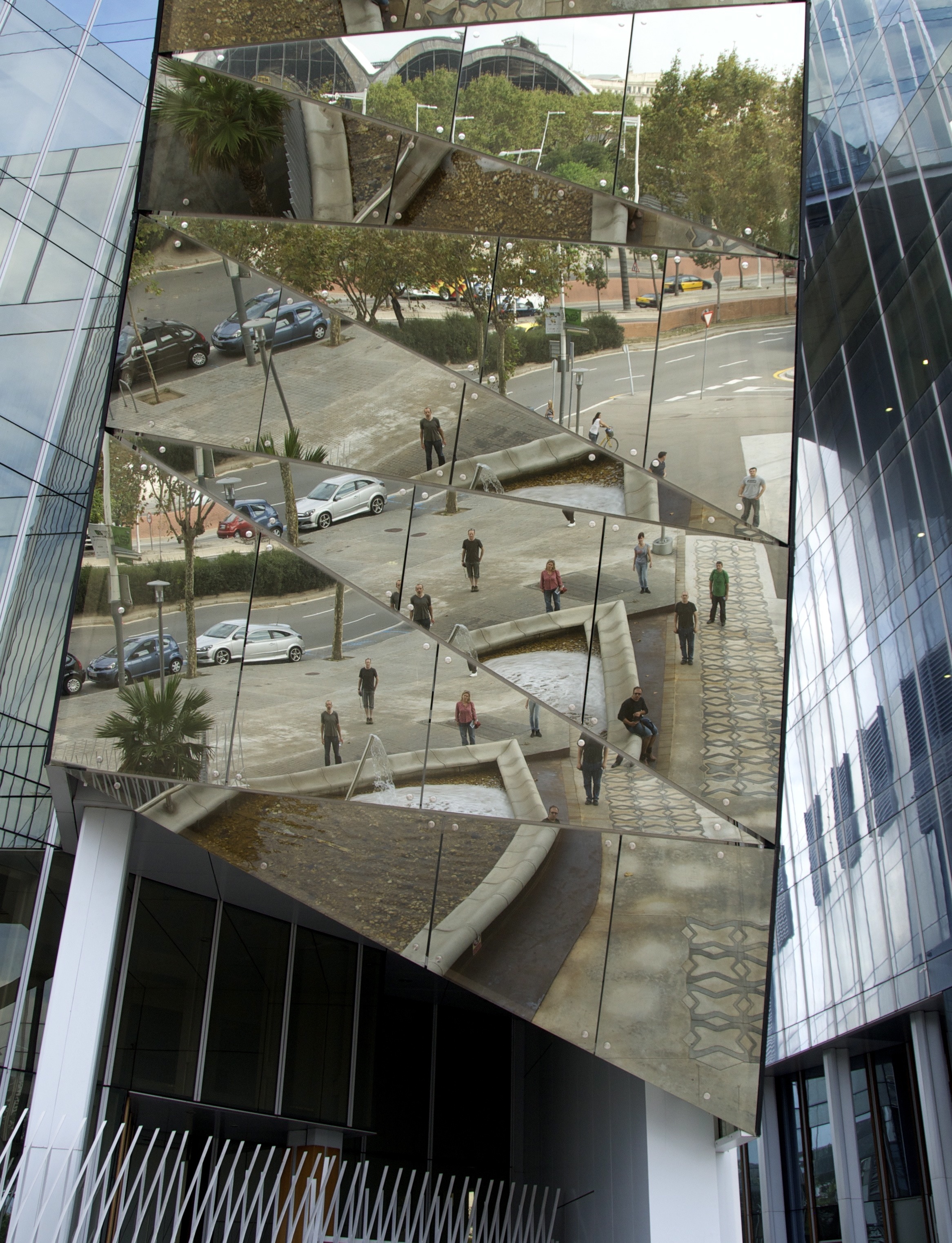 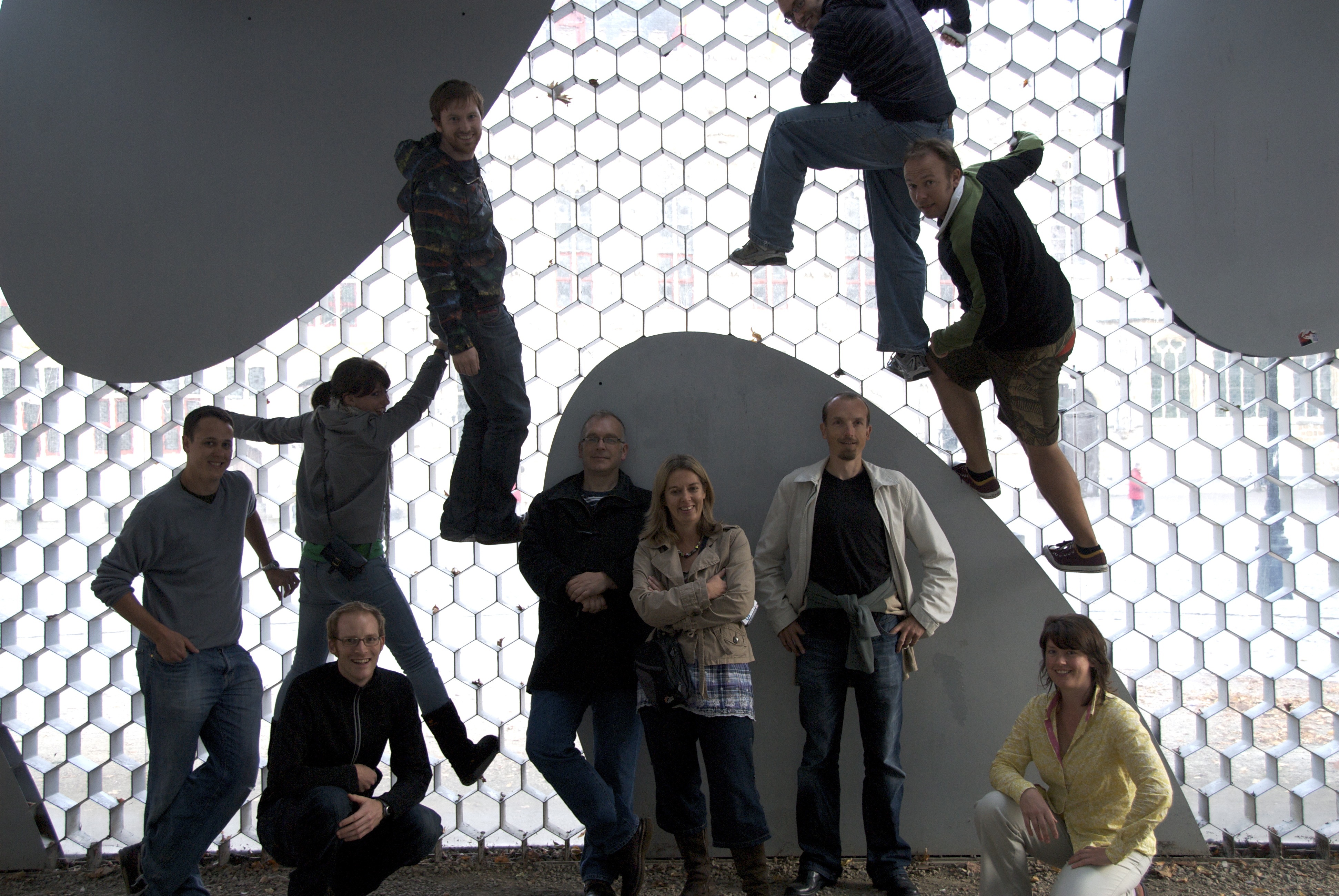 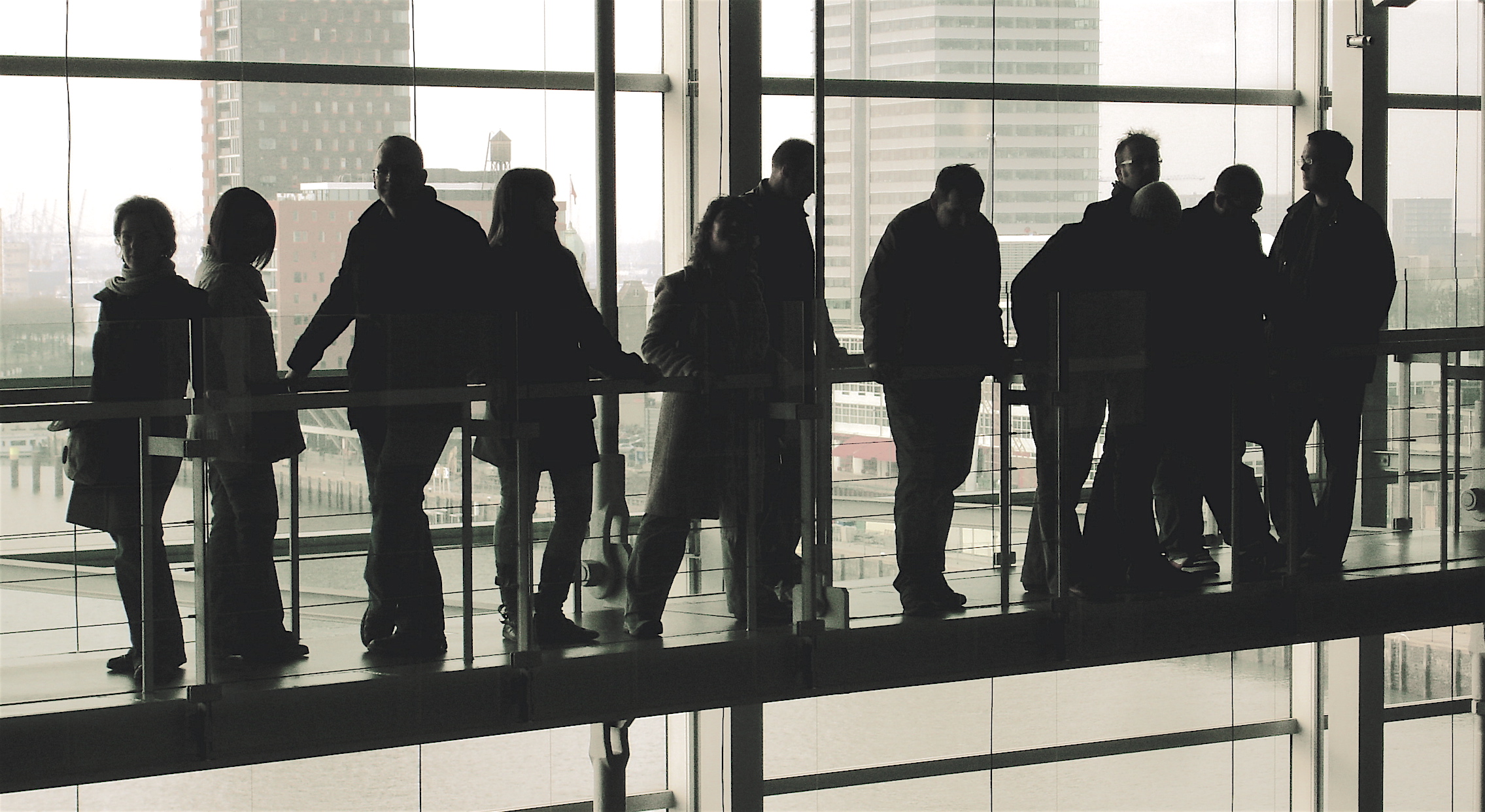 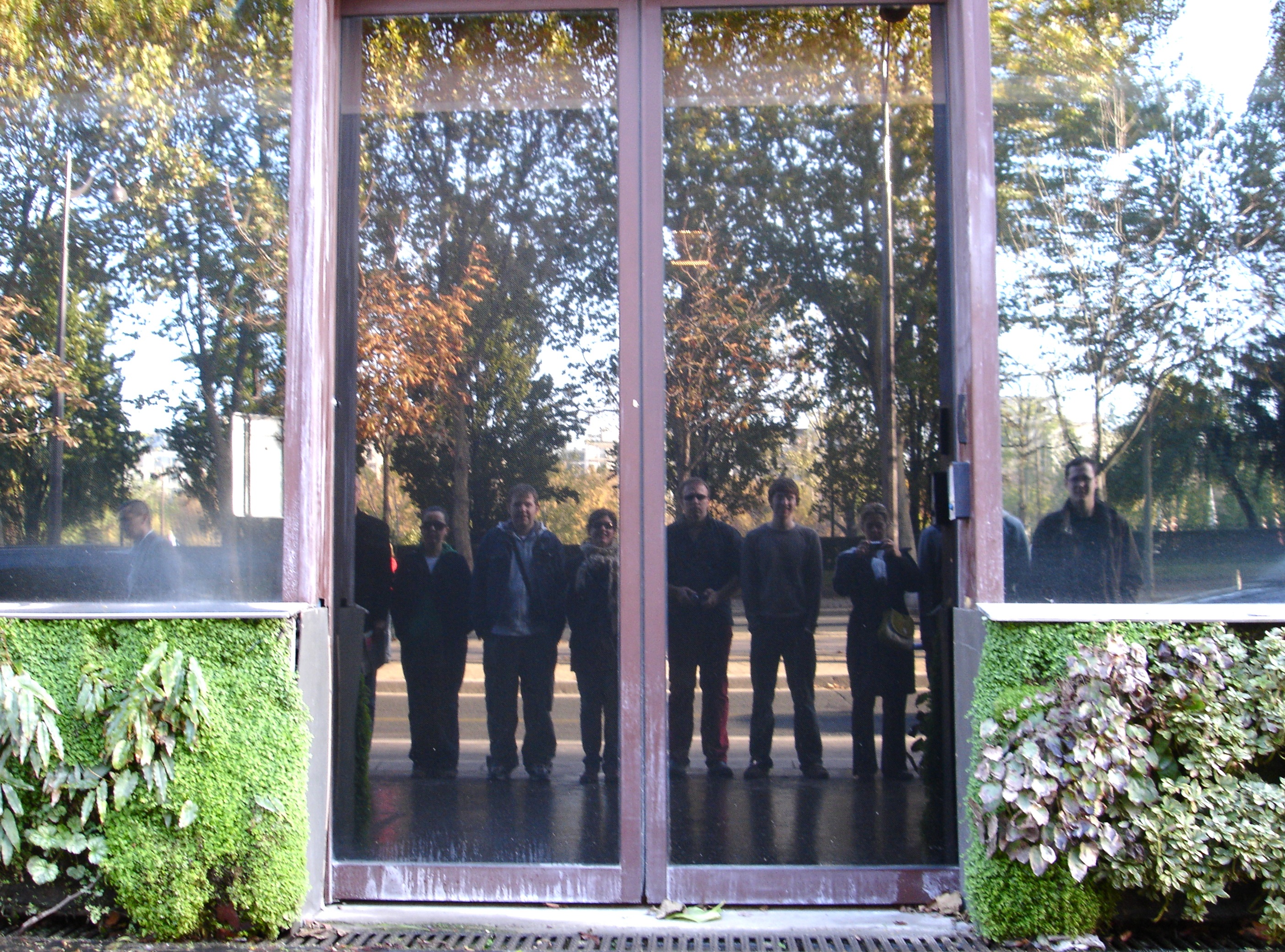 As part of our commitment to a learning culture at Momentum, our
whole office undertakes annual study tours to a selected city. Each
year our ‘Tour team’ organises an itinerary around architecturally interesting
buildings and prepares presentations for the rest of the
team. This formal work is combined with informal socialising.

2019 . Amsterdam
Cycling tours in and around the city centre with Architour including Central Station, Westerdokseiland, EYE Film Institute and the residential islands of Ijburg.

Another visit to Scotland, this time with an expert commentary on history, development, philosophy, arts and architecture, delivered by our own native of Edinburgh. Three days of walking included a visit to the Scottish Parliament, to see the earlier work of one of our directors.

2017 . Porto
A walking tour of the city, provided by Jonny Pugh, with visits to iconic buildings including The Casa da Música, Livraria Lello, São Bento Railway Station and Igreja de Santa Clara, plus a climb to the top of Arrábida Bridge.

Walking tours through the city with GSofA guides, discovering Charles Rennie
Mackintosh’s Glasgow and the Reid Building. Visiting some of the iconic
buildings and bridges of the Clyde Waterfront Regeneration. And more.

Foundation. And an afternoon bicycle tour along the sunny Seine.

Visits and tours of the National Assembly Building, the Wales Millennium
Centre, the Millennium Stadium and Cardiff Central Library.

Guided tours through the Vitra Campus and in the city. Richard Meier,

2012 . London
Visits to Olympic Park to see our many projects and to the National
Theatre.

2009 . Belgium
Visit to the Dragone Theatre rehearsal space to look at the flying
systems we worked on. Visited Bruges, Antwerp and Brussels.

2008 . stranded by Eurostar
Our train broke down on the way to Berlin. We returned to Bath to study

the local Georgian architecture and plan our 2009 Study Tour.

2007 . Rotterdam
Visit to OMA offices and model shop, Sundowners in Wijn of Water (a
bar made from containers).