Momentum have worked on many differing forms of sculpture from simple railing systems to more elaborate installations. These projects can be free-standing commissions but are often associated with the buildings we design 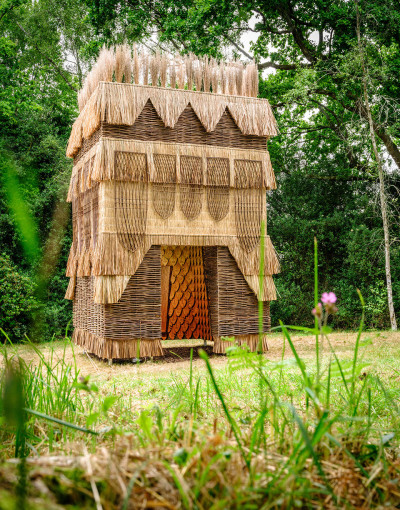 The False Banana Pavilion was an installation at Kew Gardens, Wakehurst.

The installation by Flea Folly formed part of the Nourish exhibition exploring the future of plants and food.

Momentum helped design the timber structure with removable screw pile foundations to articulate the structure off the ground. 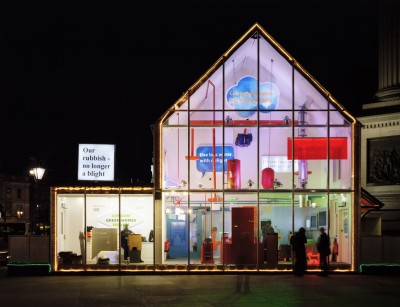 Momentum worked as part of the creative team for Jay Displays supplying structural engineering design to the creation of this three-dimensional touring exhibition about sustainability.

The brief was to create a demountable and robust structure with internal spaces capable of being used for seminars as well as a static exhibition venue. 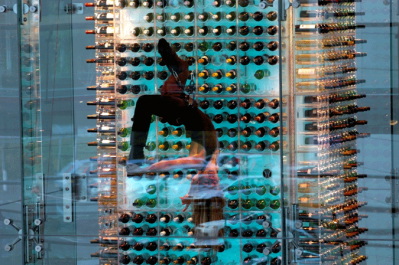 Angel's Wine Tower
Momentum won a competition to design a 15-m tall wine tower as an eye-catching centerpiece for the atrium of Radisson Blu’s new hotel in Zurich.

The project required the integration of theatrical rigging systems and the design of a structure capable of withstanding seismic vibrations. 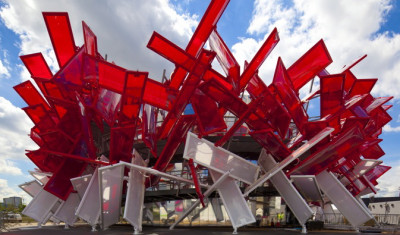 Momentum was employed by Nussli to support Pernilla and Asif with the technical and structural development of this temporary installation.

It was designed as an experimental fusion of architecture, sport, music and technology at the London 2012 site. 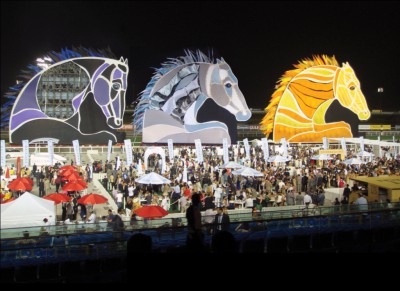 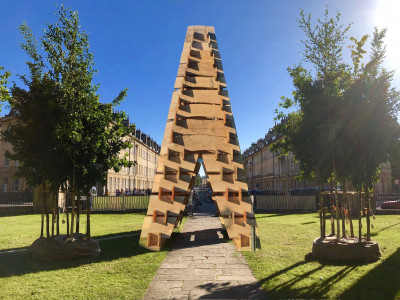 Forest Beacon
As part of the Forest of Imagination, Momentum worked with Invisible Studio, Carpenter Oak and Xylotek to create Forest Beacon.

The structure acted as a portal between the Holburne Museum and Sydney Gardens, stood 10m high and included an inner solar-powered lantern. 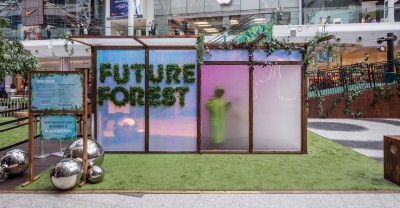 Momentum helped with the design of this pop-up forest and a steel-framed tree structure to support the zip-line used by visitors at Westfield Shepherd's Bush. 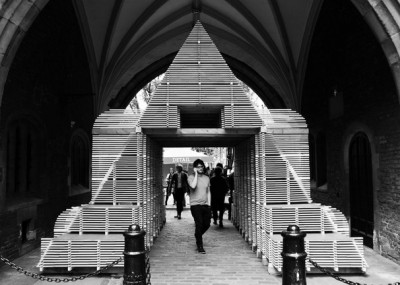 It was displayed as part of Clerkenwell Design Week. 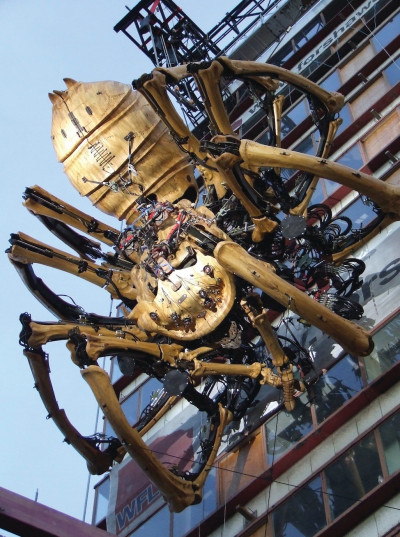 A mechanical spider operated by a number of performers positioned within its frame. Brought to Liverpool by French performence art company La Machine for the celebrations of European Capital of Culture.

Working with specialist rigging contractors, Unusual Rigging, Momentum designed a system of pulleys, trusses and cranes to lift the animation up the front of an existing derelict building. 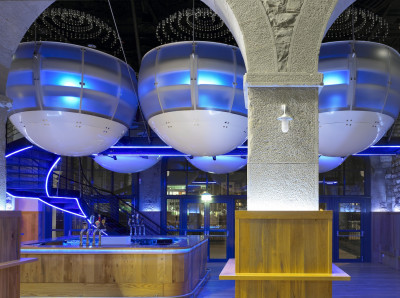 This installation was in a Grade II converted industrial space. 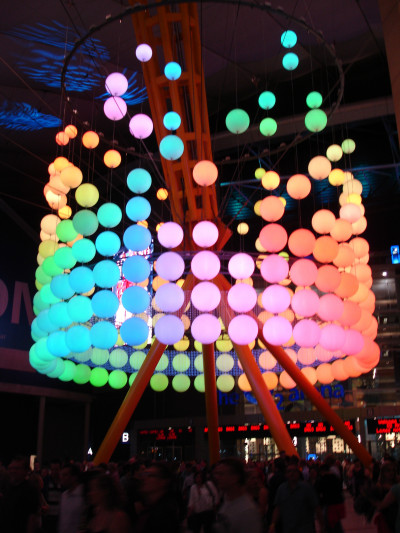 This included a LED-lit polycarbonate spheres suspended from the O2’s cable net, an 8m-high timber sculpture with a steelwork core and shallow below-ground foundations and an inflated structure fixed to a timber framed base. . 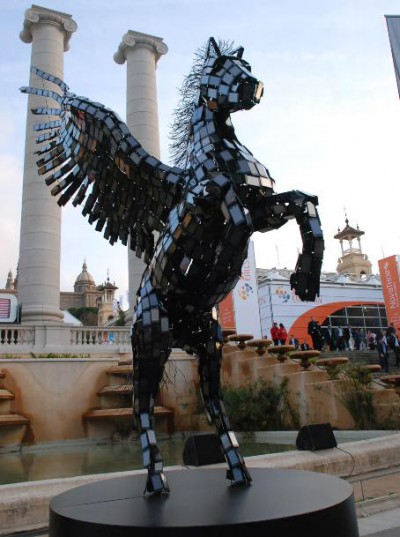 Momentum provided engineering support to the specialist fabricators of this sculture for an exhibition in Barcelona.

The sculpture was clad entirely in mobile phones and was supported on a ballasted base. 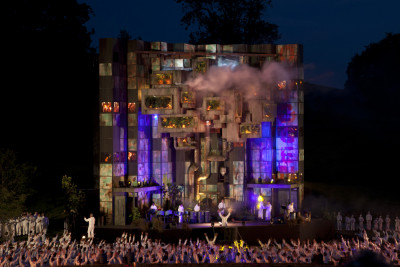 Tree of Light
Designed by Block9 for the London 2012 events, Momentum provided structural engineering services to the 16m-high Tree of Light.

This consisted of cantilevered boxes suspended above the band with rigging arms and beams inserted into the box structures.