As part of a two year project, Momentum worked with Feilden Fowles Architects to create an award-winning teaching and learning centre at Hazlegrove School.


The new building, Fitzjames, won both the RIBA South West Award 2015 and the RIBA South West Client of the Year Award 2015, and is now the academic hub of the school, featuring a range of learning environments containing six classrooms, informal study areas and a communal space for the school's geography and history departments.

The frame is predominantly load bearing masonry with pre-cast concrete planks as floor slabs, to avoid downstand beams.  The external brickwork used lime mortar in the bedding joint to avoid the need for any movement joints.

Since the school site remained open throughout the construction period, much of the roof construction was fabricated off site, and comprised steel frames supporting SIP panels, for speed of of erection. 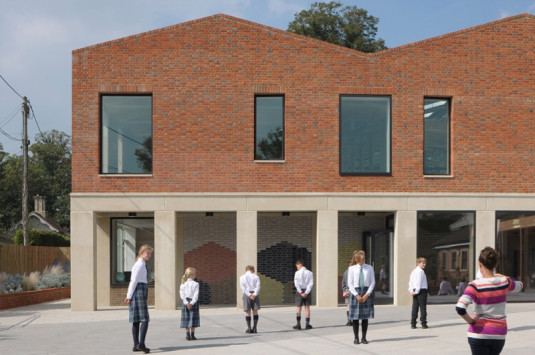 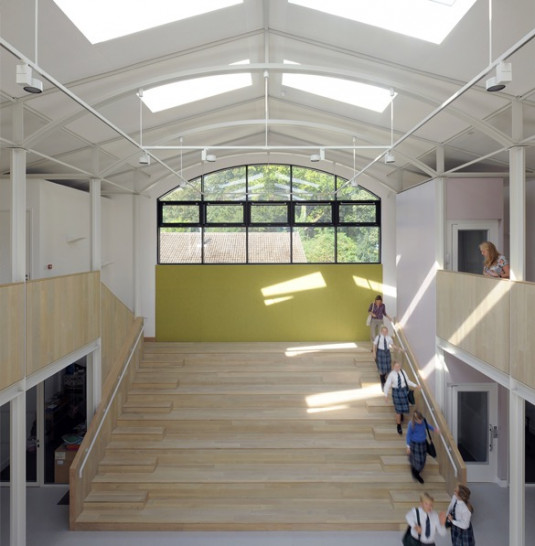 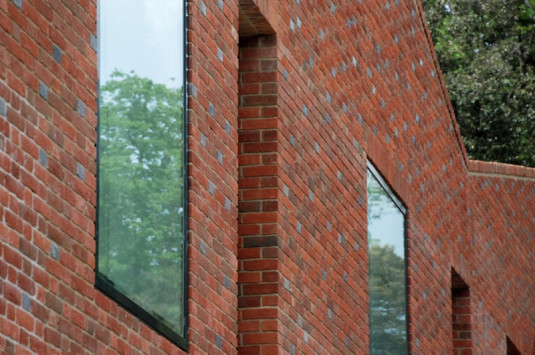 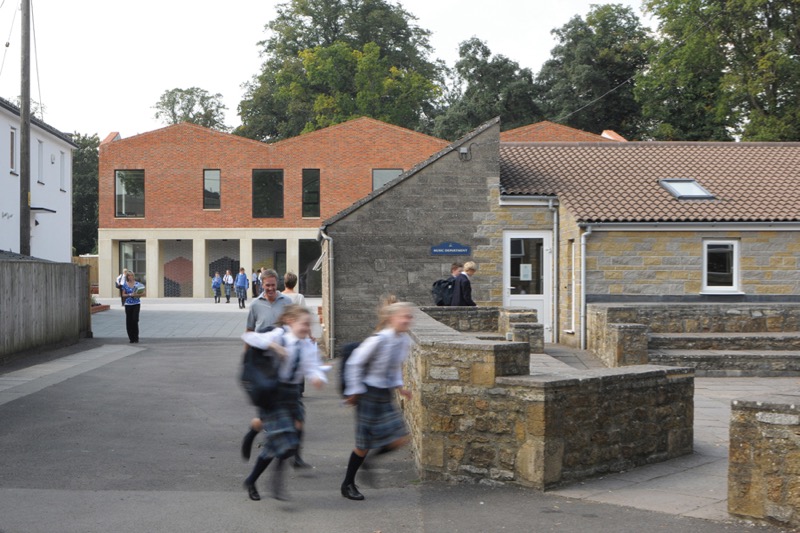 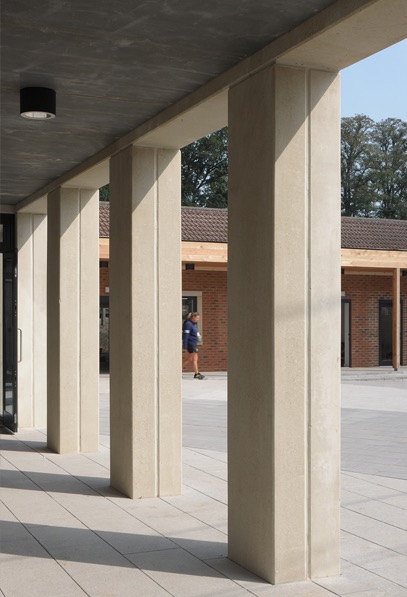